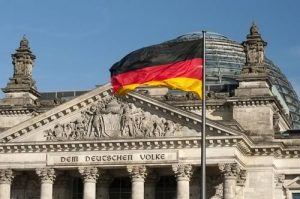 Reducing everyday stress and taking time off is an important aspect in today’s fast changing world. Hence, an increasing number of people is becoming more and more aware of the importance of staying healthy and energetic and therefore go in increasing numbers on health-oriented and medical trips.

In 2016, the world population undertook some 11.4 million international health-oriented and medical trips, resulting in a market share of 1.4 per cent on all outbound trips worldwide. According to findings of the World Travel Monitor®, conducted by IPK International and commissioned by ITB Berlin, nearly 70 per cent of all international health & medical outbound trips have been made mainly for health-oriented reasons such as wellness and spa holidays. The share of trips for medical purposes (including cure, hospital rehab and stays in medical clinics) was around 30 per cent.

Germany biggest source market followed by USA
With more than 1 million foreign health & medical trips, Germany strengthened its position as the world’s leading source market for health-oriented and medical tourism. In Europe, Russia follows second before third-placed France and Italy. The most important source market in this niche-segment outside of Europe are the USA. On second, third and fourth place follow Asian source markets, namely South Korea, China and Japan.

Destination ranking also led by Germany
Germany is not only the most important source market but also the number one destination in the overall segment of health-oriented and medical tourism, closely followed in Europe by Hungary, Austria and fourth-ranked Spain. Outside of Europe, the USA are the most popular destination for health & medical tourism, followed by Mexico and Japan. While Austria is the third most important European destination with respect to the whole segment, it is the leading destination in Europe with regard to wellness / spa holidays only.

Every second health-oriented / medical tourism traveler between 35 and 54 years
When looking at socio-demographics there is nearly an equal distribution between male and female health-oriented and medical travelers. However, there are differences regarding age distribution. The percentage of travelers between 35 and 54 years is by far the biggest group with a share of around 50 per cent, followed by travelers up to 34 years and the age segment 55+.

For the second time ITB Berlin will be fully devoting a platform to medical tourism, which has become an important fast-growing market. Medical service providers, hotels and destinations will be able to exhibit their products and services In the Medical Tourism Pavilion in Hall 3.2. Presentations and workshops will be held so that visitors can find out more about the latest trends and developments in this growth market: www.itb-berlin.com/medicaltourism.