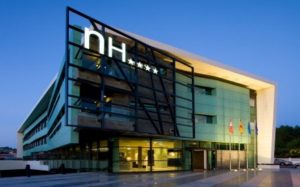 Madrid (Spain) – July 28, 2018 (travelindex.com) – As stated in the Relevant Fact submitted to the Spanish Stock Exchange Commission on 26th July 2018, Oceanwood Capital Management Limited and Minor International (MINT) have entered into a Share Purchase Agreement of 22,496,064 shares representing a 5.7% shareholding in NH Hotel Group, only subject to the approval of MINT’s General Shareholders Meeting to be held on 9th August 2018. As a result of this transaction and the agreement to acquire from Tangla Spain SLU 32,937,996 NH Hotel Group shares representing an 8.4% shareholding in NH Hotel group, as announced on 5th June 2018, which is subject to the same condition, MINT would control 172,379,103 shares in NH Hotel Group, representing a 44.0% shareholding.

Following broad support from MINT’s key long-term shareholders on the contemplated transactions, including Mr. William E. Heinecke and the entire MINT’s Board of Directors, MINT will hold an extraordinary general meeting (EGM) on 9th August 2018 for the approval of the tender offer and the 8.4% NH Hotel Group stake from Tangla Spain SLU. In addition, the tender offer has also received full financing support from MINT’s financial institutions.

As stated in the Relevant Fact submitted on 20th July 2018 to the CNMV, both the Spanish and Portuguese Antitrust Authorities (“Comisión Nacional de los Mercados y la Competencia” and“ Autoridade da Concorrência“, respectively) approved the proposed acquisition of NH Hotel Group by MINT, thus fulfilling one of the two conditions to the offer included in the MINT Bid Offer.

MINT’s offer has been admitted for processing on 19th July 2018 (“Admisión a Trámite”) by the CNMV, following the ordinary proceeding.

MINT maintains its long-term vision for NH which is intended to keep the company as a focused hotel-sector listed company in the Spanish Stock Exchanges, improve overall growth profile of the portfolio based on highly complementary geographies and brands, with limited overlap, and support the management team in executing the current and future strategic plans.

Book your hotel in Spain and around the world in 55 countries at best rates available. Pay at the hotel. Book now at HotelWorlds.com!