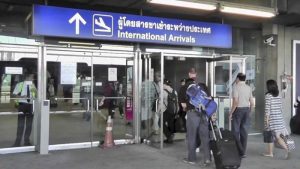 Bangkok (Thailand) – February 1, 2017 (travelindex.com) – The Pacific Asia Travel Association (PATA) reiterates its commitment to the right to travel as stated in Article 13 of the Universal Declaration of Human Rights.

The Association recognises that each country has the responsibility to ensure the safety and security of its citizens. However, PATA is fundamentally opposed to any form of blanket travel ban based upon nationality, gender, race or religion.

PATA CEO Dr. Mario Hardy said, “Safety is the number one priority for the travel and tourism industry and this may only be addressed effectively through the concerted efforts of the world’s governments and international community working together.

The travel and tourism industry accounts for nearly 10 percent of worldwide GDP. It is an industry that provides vital income and employment to local communities worldwide whilst creating a pathway towards understanding and empathy across borders and cultures.

The recent Executive Order in the USA goes against the principles of this idea. In the end, the actions in the USA may tarnish the image of the country and risks impacting its tourism arrivals. The lack of clarity around the implications of this Executive Order has created chaos in airports and is affecting travel businesses such as airlines, tour operators, hotels and travel agencies around the world.

“The Association has been advocating improved visa facilitation for some time and last year we praised the Republic of Indonesia for its vision in easing access to the nation’s many attractions for tourists from 169 countries. Governments must build bridges, not walls, and we encourage all nations to work in harmony and unison to ensure that this vital industry remains profitable and sustainable for the benefit of all.”

About PATA
Founded in 1951, the Pacific Asia Travel Association (PATA) is a not-for profit association that is internationally acclaimed for acting as a catalyst for the responsible development of travel and tourism to, from and within the Asia Pacific region. The Association provides aligned advocacy, insightful research and innovative events to its member organisations, comprising 101 government, state and city tourism bodies, 26 international airlines, airports and cruise lines, 70 educational institutions, and hundreds of travel industry companies in Asia Pacific and beyond. Thousands of travel professionals belong to the 40 local PATA chapters worldwide. The chapters organise travel industry training and business development events. Their grassroots activism underpins PATA’s membership of the Global Travel Association Coalition (GTAC), which includes ACI, CLIA, IATA, ICAO, WEF, UNWTO and the WTTC. The PATAmPOWER platform delivers unrivalled data, forecasts and insights from the PATA Strategic Intelligence Centre to members’ desktops and mobile devices anywhere in the world. PATA’s Head Office has been in Bangkok since 1998. The Association also has official offices or representation in Beijing, Sydney and London.