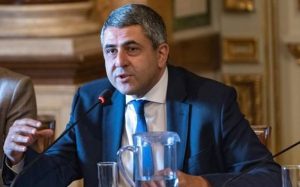 Madrid, Spain, May 2, 2020 / TRAVELINDEX / For many millions of people around the world, tourism is so much more than a leisure activity. Our sector gives them the chance to make a living. To earn not just a wage, but also dignity and equality. Tourism jobs also empower people and provide a chance to have a stake in their own societies – often for the first time.

This is what is at risk right now.

The International Labor Organization, a fellow UN agency of UNWTO, has raised the alarm: As many as 1.6 billion individuals worldwide could be affected by a loss of working hours as a direct result of the COVID-19 pandemic.

Among them, are the most vulnerable members of our societies, those working in the informal economy.

Many of them have contributed to what has made tourism such a force for good for so long – sharing their homes with us, providing services to tourists and offering warm welcomes.

We owe it to them to ensure strong and timely action is taken to protect tourism and to protect livelihoods.

On the back of positive words, we are finally seeing signs that governments are ready to act. Within the past week, I addressed the Tourism Ministers of the G20 countries, urging action. I also addressed Ministers from the 27 countries of the European Union. Both blocs have the chance to set the agenda.

UNWTO stands beside European Union Commissioner Breton in his call for 25% of all emergency funds to be directed to helping tourism. Such an amount reflects both the impact that COVID-19 has had on European tourism and on our sector’s ability to affect positive change.

In recognizing tourism’s long history of leading recovery, UNWTO is honoured to count on the support of His Majesty King Felipe VI of Spain. As well as being home to UNWTO, Spain is also a leading tourist destination and has served as an example of how tourism can be grown sustainably and responsibly for the benefit of many.

Such high-level support, both within national governments and international organizations, will vital moving forwards. The ILO data on lost working hours shows the importance of acting fast. The longer we delay giving tourism the financial and regulatory reform required, the more livelihoods will be at risk.