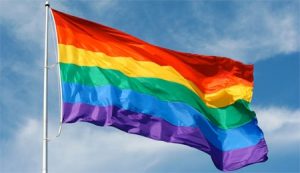 Victoria (Seychelles) – April 5, 2017 (travelindex.com) – For the first time, a federal court has extended civil rights protections to LGBT employees under the Civil Rights Act of 1964.
The LGBT issue has become news as the race for the new SG of the United nations World Tourism Organisation (UNWTO) gets more heated. Some candidates like Zimbabwe and Georgia do not hear the campaign for LGBT rights, but can they today aspire to lead a UN Body.

LGBT as a segment of society needs respect and any future SG of the UNWTO will need to accept this. The press should now formally ask every candidate to pronounce themselves on the matter. It is known that Colombia, Brazil and the Seychelles have more liberal views and endorse the No Discrimination approach.

Seychelles has gone further to make “Tourism for All” their call with Alain St.Ange, the island’s candidate actively calling for Tourism without discrimination and citing colour of the skin, gender, women, politics, religion and sexual preferences. He was initially in his campaigned attacked for being white something that sent shockwaves in the UN elections as many countries saw that as distasteful and said that discriminatory attacks could not and should not be tolerated especially when initiated by those aspiring to lead a UN Organisation.

Just days ago World Tourism Wire reported on John Tanzella’s statement on IGLTA and the coming UNWTO elections. They said:- High spending LGBT travelers contribute a substantial amount of business to the global travel and tourism industry. John Tanzella, president, and CEO of IGLTA knows this very well. He knows the UNWTO is about to elect a new Secretary General. The new Secretary General will lead this global industry into a new phase. There are seven candidates competing for the highest post.

The only candidate openly supportive to the LGBT community is Alain St. Ange from the Seychelles. During ITB he attended an event with IGLTA and ETOA at the Belgium Embassy in Brussels. The other six candidates did not yet address the issue of gay, lesbian, and transgender travel but discussed in details equality for women and accessible tourism for all. The human right to travel always pops up at UNWTO conferences. Gay and lesbian acts remain illegal in the world, including in a large number of UNWTO member countries. Therefore UNWTO struggles with an official policy on this issue. Last year at World Tourism Day in Bangkok, Mr. Xu Jing, UNWTO’s Regional Director for Asia and the Pacific (China), openly voiced UNWTO’s support for the LGBT traveler after David Scowsill, President and CEO of WTTC took a lead in including everyone in the tourism for all theme. This happened after eTN publisher Juergen Steinmetz asked the question at a press conference. It is now very clear that a NON-Supportive SG of the UNWTO will end up with lawsuits against the UN Body.

The case revolved around the meaning of the word “sex” in Title VII, which the court found to be inseparable from “sexual orientation.”

To reach their decision, the majority examined decisions made by the Supreme Court over the past 20 years involving employment discrimination and gay rights.

“In this case, we have been asked to take a fresh look at our position in light of developments at the Supreme Court extending over two decades. We have done so, and we conclude today that discrimination on the basis of sexual orientation is a form of sex discrimination,” Wood wrote.

The ruling comes from a lawsuit filed by Kimberly Hively, who accused her employer, Ivy Tech Community College, of firing her based on her sexual orientation.

Hively said that the time had come “to stop punishing people for being gay, being lesbian, being transgender,” in an interview with the Associated Press.

In 2015, Lambda Legal, the LGBT civil rights legal organization that represented Hively, filed an appeal after the Seventh Circuit dismissed her case on the basis that civil rights laws do not protect against discrimination based on sexual orientation.

“This decision is gamechanger for lesbian and gay employees facing discrimination in the workplace and sends a clear message to employers: it is against the law to discriminate on the basis of sexual orientation,” Greg Nevins, Employment Fairness Program Director for Lambda Legal said, according to a press release from the law firm.

Judge Diane Sykes wrote the dissent for the court, calling the decision “momentous,” while warning about the implications of the court’s overreach.

Sykes says that the ruling is not “faithful” to the text of Title VII, and the law needs to be changed by Congress, rather than the courts.

“If Kimberly Hively was denied a job because of her sexual orientation, she was treated unjustly. But Title VII does not provide a remedy for this kind of discrimination. The argument that it should must be addressed to Congress,” Sykes wrote.

The decision on Tuesday comes only three weeks after a conflicting decision from the Eleventh Court of Appeals in Atlanta, who ruled that Title VII “was not in.