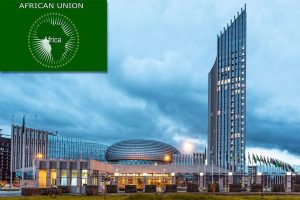 Madrid (Spain) – May 13, 2017 (travelindex.com) – The 105th session of the UNWTO Executive Council, meeting in Madrid on 12th May 2017, recommended Zurab Pololikashvili, Ambassador of Georgia in Spain, as a nominee for the post of Secretary-General for the four-year-period starting January 2018. The candidature of Zurab Pololikashvili was presented by his country, Georgia, in accordance with the UNWTO statutes. This recommendation will be submitted to the 22nd UNWTO General Assembly for ratification (11-16 September 2017, Chengu, China).

However, news circulated in Madrid that the African Union had issued a letter to threaten unreasonable sanctions on Seychelles if the Government did not withdraw its candidate for the position of World Tourism Organization (UNWTO) Secretary-General, Mr. Alain St. Ange.

St.Ange himself referred to this Seychelles resolution in his emotional address at the UNWTO and met with several of African Ministers who were in Madrid for the UNWTO meeting.

Alain St.Ange, the former Minister of Tourism, Civil Aviation, Ports and Marine who was the Seychelles candidate for SG of the UNWTO said today in Madrid as he was leaving to head back to his island nation:-

“This African Union document was sad for our islands and for Africa. It is recalled that Seychelles has in the past been sanctioned by the Africa Union, and the sanctions remained in force for many years. The reason for the sanction (suspension of membership) was non payment of contributions to the AU by the Seychelles.

The sanctions did not affect Seychelles in any way – Seychelles kept attending meeting but had no right to speak and was present only as an observer.

After a number of years Gadhafi of Libya settled the Seychelles arrears (and that of a number of other countries) and he declared himself as the King of Africa!!!

Absolutely nothing will change. When Seychelles attempted to win support from AU to get a seat on the UN Security council – AU bypassed and asked Seychelles to withdraw and AU supported Ethiopia…

Anyway it is a shame that a Seychelles Cabinet Ministerial meeting is called in response of a letter unsure who signed it calling a low level representative of Seychelles in Addis Ababa to attend a meeting chaired by a low level official of the AU.

If it was a genuine call of sanctions, it should have been the African Sanctions Committee together with the highest level official of the AU.

This was in total disrespect to procedures, it was unprofessional and gross irresponsibility with reckless behaviour by Seychelles government. Shame on them” said Alain St.Ange as he left Madrid.