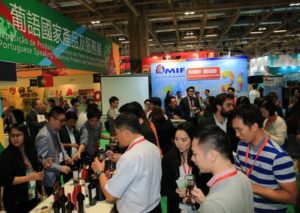 Macau (Macao SAR) – September 21, 2017 (travelindex.com) – The Global Association of the Exhibition Industry (UFI) is one of the most representative associations of the exhibition industry. UFI has recently published its 13th edition of the annual report on the Trade Fair Industry in Asia, analysing the development of the trade fair market in Asia in 2016. During the year, a total of 26 B2B trade fairs held in Macao were included in the UFI statistics. Revenues from exhibitions were estimated at around USD53.55 million, with 215,250m2 of net spaces sold, showing a rise of 2.9% as compared to 2015.

The Macao SAR Government is committed to promote moderate economic diversification and plans to strengthen its efforts to foster the development of the convention and exhibition industry, according to the policy of giving priority to conventions. As the exhibition sector is an important component of the MICE industry and subsequent to the active co-operation and exchanges between the Macao SAR Government and MICE operators in recent years, local branded trade fairs continue to develop steadily. Among which, six of the local branded trade fairs have already become UFI-approved events, covering various sectors including business and trade, environmental protection, automobile, yacht and the aviation industries.

According to the 13th edition of its annual reporton theTrade FairIndustry in Asia, published by UFI, Macao was one of the trade fair markets with the shortest development history and also one of the smallest in Asia, as well as the one with the best performance in the region over the past five years. When compared with the growth of the overall exhibition industry in Asia, Macao´s net spaces sold grew from 72,500m2 in 2012 to 215,250m2 in 2016, showing an increase of almost 200%, and become the region with the largest growth in Asia. Although Macao´s economy was constantly affected by the external economic environment, however, the net exhibition spaces sold continued to grow, with an average revenue per exhibition recorded as approximately USD2.1 million, indicating that Macao´s exhibition market performed better than the overall economic performance.

UFI brings together exhibition managers and professional exhibition organisers from around the world, to jointly promote the development of the regional and global exhibition industry. Every year, UFI commissions professional consultants to conduct analysis and study on exhibitions targeted at professional visitors (B2B), and publishes its annual report on the trade fair industry in Asia. The report is an important reference material for international exhibition organisers and managers. The Macao Trade and Investment Promotion Institute (IPIM) became an official member of UFI in October 2005, and has been actively participating in activities organised by UFI, as a means of conducting bilateral exchanges with exhibition-related organisations. In addition, IPIM has launched the “One-stop Service” for MICE Bidding and Support service in Macao which aimed at attracting more international convention and exhibition organisers to hold their activities in Macao.